Home
Stocks
Key Words: Stashing some gold? Here’s why that could soon be illegal, according to one notable hedge-fund bear
Prev Article Next Article
This post was originally published on this site

“ ‘It is no surprise that people are buying gold. But the authorities may attempt at some point to de-monetise gold, making it illegal to own as a private individual. They will only do this if they feel the need to create a stable unit of account for world trade.’ ”

That’s Crispin Odey, a European hedge-fund manager known for stealing headlines with his doomsday predictions, explaining in a note posted on Bloomberg News on Wednesday why he believes that private gold ownership could be banned if the government loses control of inflation.

Odey said that when the economy recovers from the coronavirus pandemic, which he has likened to the Great Depression, central banks won’t be able to contain inflation.

“History is filled with examples where rulers have, in moments of crisis, resorted to debasing the coinage,” said Odey, who has raised his gold position in his flagship Odey European fund all the way up to 39.9% as of the beginning of the month from 15.9% at the end of March.

The fund cashed in on the initial market crash with a 21% surge in March, according to the letter. It dropped 9.5% in April as investors warmed back up to a risk-on approach. 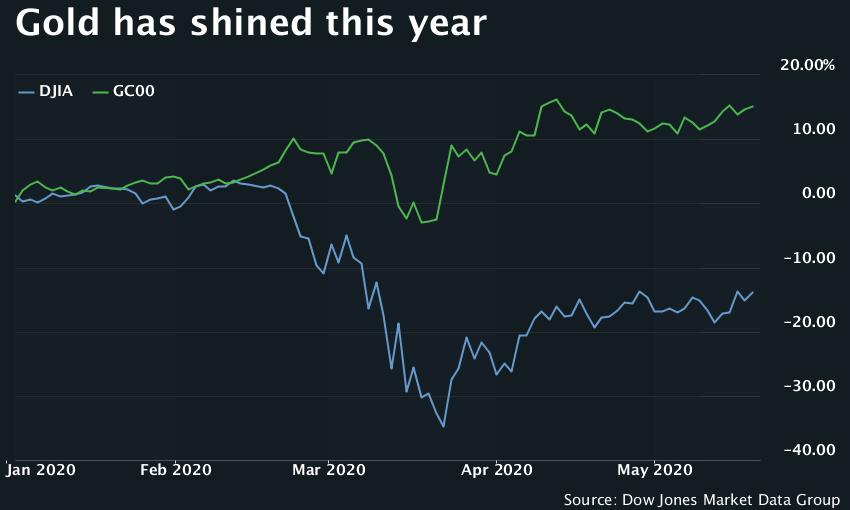 Fear of government confiscation, as Bloomberg News explained, is often discussed among serious gold bugs — it happened in the U.S. in 1933 — but with major currencies no longer linked to gold, there are no signs such a move is realistically even being considered by central banks.

Odey said he expects the powers-that-be to fight rising inflation — and lose — as rates climb as high as 15% within 15 months to weigh heavily on bonds and growth stocks.

As for Wednesday’s trade, gold prices GC00, -0.04% settled higher for a second session, as economic stimulus measures boosted demand for the precious metal against the backdrop of economies attempting to reopen from the COVID-19 pandemic.