Home
Market
Europe’s Slaughterhouses Are Back in the Pandemic Spotlight
Prev Article Next Article
This post was originally published on this sitehttps://d1-invdn-com.akamaized.net/content/pic01900e105b0fe251de447261c9ad9be8.jpg 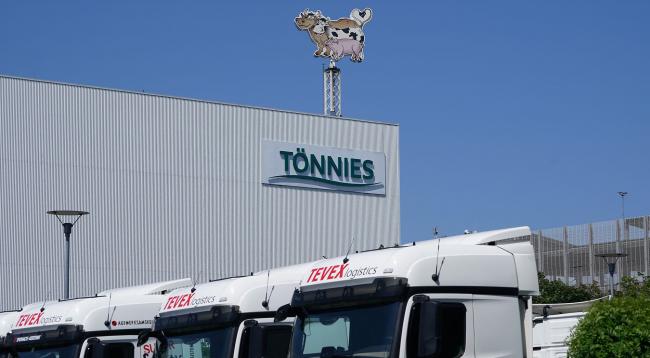 More than 1,550 employees of a German slaughterhouse have tested positive for the virus this month, and at least eight plants in the U.K. have also found infections among workers. That adds to hundreds of Covid-19 cases reported earlier this year and poses a fresh challenge for the region’s governments, which are reopening their economies after months of lockdowns.

The European Union is a heavyweight in global meat markets, ranking as the world’s top pork exporter and the largest purveyor to China. Europe’s role has gained greater prominence in recent years amid stronger demand from the Asian nation and increasing trade tensions between China and the U.S.

1) How are meat plants around the world being affected?

Staff outbreaks have temporarily shuttered or slowed dozens of plants in the Americas, with more halted from Australia to the U.K. Slaughterhouse staff often work in close proximity in cold environments, potentially boosting the chance of transmission. The mass closures in the U.S. spurred some retailers to ration meat sales and burger chains reported temporary shortages. Farmers were also forced to cull thousands of livestock as there wasn’t space to sell them.

Europe’s meat plants tend to be smaller than their U.S. counterparts. There’s also spare processing capacity, allowing some flexibility to process animals or add shifts at alternate sites. But the risks facing workers are similar worldwide. Germany’s latest outbreak is massive and pushed the national infection rate well above government targets. Schools and child-care centers in the region were closed, and the army was summoned to help with testing.

The industry relies partly on contract workers from eastern Europe, who may also commute together and share housing. That’s helped companies circumvent stricter rules on working conditions, according to Germany’s labor minister, who said he’d like to speed up new rules aimed at cracking down on the practices.

3) Is there any impact on European consumers?

In Germany, the government signaled that meatpackers must stop subcontracting workers and will face stiffer fines for violating labor laws from next year. A few companies have since pledged to begin hiring workers directly and improve housing standards. Producers in Europe are also introducing measures to ensure distancing during staff commutes, while improving protective gear for employees.

The British Poultry Council said it’s unfair to portray meat-processing sites as virus epicenters, adding that businesses are limited in what they control outside the workplace. The trade association said its members have staggered shifts and added perspex screens to safeguard the health of their workers, but added that the availability of personal protective equipment remains a concern.

5) How are trade flows being disrupted?

A German abattoir recently stopped exports to China, and a U.K. pork plant also voluntarily halted sales after a few workers contracted the virus. That comes as the Asian nation — the world’s top consumer — has grown wary that imports may be a cause of domestic outbreaks. All China’s testing of foreign meat has proven negative and officials agreed with global experts that food was an unlikely culprit. Still, the recent stoppages raise the prospect of further disruptions ahead.