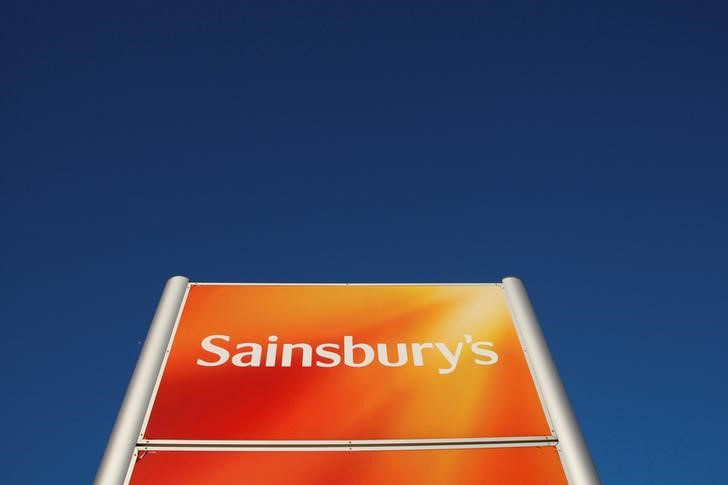 Investing.com — For the last four months it’s been accepted wisdom that if you have to be invested in retail, then make it either in e-commerce or in companies that trade in basic necessities like food.

This week’s updates have re-affirmed that wisdom.

Certainly, it seems that there is little point in waiting for the release from lockdown to revive the U.K.’s beleaguered shopping malls.  Over the last week, one of the U.K.’s two biggest retail landlords, Intu Properties  (LON:INTUP), has appointed administrators, while the other, Hammerson (LON:HMSO), said on Tuesday it was still – just – able to keep within debt covenants having successfully negotiated with its lenders to shift the goalposts a bit.

And the future still looks decidedly grim for retailers who depend on commuters and tourists. SSP Group (LON:SSPG), the operator of brands such as Upper Crust and Ritezza that are staples of railway stations and airports, said Wednesday it is planning to cut 5,000 jobs. It noted that U.K. train passenger numbers have fallen 85% from pre-pandemic levels.

That business isn’t coming back any time soon. While the opening of so-called “air bridges” to the rest of Europe will allow a degree of tourist footfall at airports, “long-haul travel is anticipated to remain at extremely low levels,” the company said. Additionally, “with the current social distancing measures remaining in place, the recovery in passenger numbers in the rail sector is expected to be prolonged.”

The group said it expects only 20% of its outlets to be open by the autumn.

But things look a lot better in the grocery store business, where J Sainsbury (OTC:JSAIY) reported an 8.2% rise in comparable sales in the 16 weeks through June 27. Online sales doubled, helping to defend market share even if the associated costs of ramping up its delivery infrastructure kept a lid on profitability. The company was still cautious about the outlook for the second half of the year, noting that its figures were being flattered not only by stockpiling, but also by the good weather since lockdown restrictions were eased.

Sainsbury shares were trading unchanged by 5:15 AM ET (0915 GMT), while SSP Group shares were down 2.2%. SSP shares, like those of WH Smith (LON:SMWH) which trades on the same model, have failed to make any meaningful recovery from the March lows and are still down over by between 50% and 60% year-to-date.

Wednesday’s star performer, however, was from a part of the retail sector that can reasonably be expected to thrive in the next year or two. B&M European Value Retail (LON:BMEB), which operates discount shops around the continent, said comparable sales rose 28% in the three months to June. U.K. sales rose 34%. With unemployment soaring, and incomes falling even for those who can avoid the worst, that’s a trend that seems likely to continue. B&M European Value Retail shares rose 5.1% and are now up 2% since the start of the year.